WOODVILLE, NOVA SCOTIA – The Woodville Community Centre Board of Directors wishes to advise the residents of Woodville and Kings County who are members of our Fitness Room that despite the recent government announcement allowing fitness facilities to begin phasing their re-openings, the Fitness Room at the Woodville Community Centre will not be re-opening at the present time. This difficult decision was made due to the unique nature of our small, volunteer-managed fitness facility, which makes it nearly impossible to comply with the proposed recommendations and requirements for screening patrons, limiting occupancy, ensuring social/physical distancing, and carrying out cleaning and sanitizing tasks with significantly increased frequency. In the event that a facility is found to not be in compliance with these requirements, it may be forced by the government to close its doors, which is a risk we do not wish to take. We recognize that our current capacity does not allow us to comply with all of the public health requirements, so we feel that remaining closed for the time being is the most responsible course of action and is in the best interest of our patrons’ health and that of our communities. The Board of Directors will re-evaluate this decision later in the summer, with the hope of beginning to phase our re-opening in the fall. We thank all our members for your patience and understanding, and hope you have a wonderful summer enjoying the beautiful outdoors!

The Tennis nets are up and the gates open for use. The area is open for tennis, pickup basketball or ground hockey again. Please maintain Physical Distancing unless in the same household bubble.

WOODVILLE, NOVA SCOTIA – The Woodville Community Centre Board of Directors wishes to advise the residents of Woodville and Kings County that the Red Cross Swimming Lesson Program and Day Camp scheduled for this summer are cancelled. This difficult decision was made due to the continuing concerns around the potential spread of COVID-19 in our communities and a desire to support the Nova Scotia Public Health directive of promoting physical distancing.

The Woodville Community Centre Board of Directors thanks those who have supported these programs in the past and look forward to welcoming you all to our community in 2021.

About the Woodville Red Cross Swimming Lessons and Day Camp
The Woodville Community Centre has been offering the Red Cross Swimming Lesson program to the residents of Woodville and Kings County for over 35 years. In the early years, the program was offered at pools in the community rotating on a weekly basis. In 1994, the swimming lessons were moved to the VanHattems’ pool on a permanent basis. Each year approximately 150 children learn to swim in Woodville.

Our Day Camp runs each summer for a week at the end of swimming lessons and employs many young people from the Community.

About Woodville
“Woodville occupies its place in the fertile Annapolis Valley, nestling into the North Mountain and providing a home for about 200 people. A landscape of orchards, pastures, cultivated fields and well-kept homes may be what one first notices, but Woodville is also a vibrant active community of citizens who have discovered how to support each other, have fun, who know how to work together.” – Jim Morton, Former MLA, Kings North in support of Woodville’s Lieutenant Governor’s Community Spirit Award nomination.

With the NS Provincial announcement on May 1st of relaxing some of the use restrictions on outdoor space, the Woodville Hiking trail is now open. The announcement yesterday has re-opened all provincial & municipal trails with proper social distancing still required. All playground equipment and campground use is still under restriction until further notice.

Until Further Notice the Woodville Community Centre, Woodville Hiking Trails, Playground and Tennis Courts are closed to the public.

All activities related to the Woodville Community Centre are cancelled as well. This includes the Fitness Room, all Fitness Classes, Saturday Morning Coffee Parties, Craft Mornings, Easter Egg Hunt and all rentals. A decision on summer programs will be made at a later date.

We will continue to monitor the COVID-19 situation and follow recommendations from the Nova Scotia Government regarding social distancing.

PLEASE NOTE: Fitness Room memberships will be adjusted accordingly once we are able to open.

We like to send cards to members of the community as they celebrate life’s events, both happy and sad. We would appreciate your assistance to carry out this important connection to our community. Please use the Contact Us form to let us know about any events. 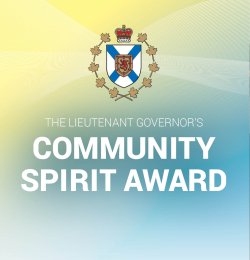 The Recreation Committee of the Woodville Community Centre offers a one week Day Camp during the summer. The Day Camp usually happens the week after our Red Cross Swimming Lesson Program.
Read More

The Annual Woodville Chicken Barbeque is held on Apple Blossom Sunday each year hosted at Boates Orchards. The 3600 Half Chickens are barbequed over an open pit with our special BBQ Sauce and then served with Potato Salad, Coleslaw, Pickles, Roll, Honey and a glass of...
Read More

Each holiday season the Woodville Community Centre hosts our Annual Christmas Craft Fair & Luncheon. The craft sale always has a great atmosphere and you can find some unique gifts and have lunch while you shop. Charlotte prepares her famous fish chowder and there...
Read More

Each fall the Community gets together for a Corn Boil at the Community Centre. Along with the delicious corn, hot dogs and ice cream are provided.
Read More

Exercise CLASSES in Woodville
ALL CLASSES ARE CANCELLED UNTIL FURTHER NOTICE

Yoga class is suitable for all experience levels. The focus is primarily a gentle flow with a lot of attention paid to bringing participants into their parasympathetic nervous system to allow for a restful sleep. Participants are asked to bring their own yoga mat.

The aerobic dance craze you’ve come to know and love isn’t going anywhere! Join me on the dance floor for a full hour of sweat inducing fun! Intensity Scale: 3.5/4 out of 5